How Gamification Boosts Your App Marketing in Retail

“Hooray, we have our own retail app, now let’s start making profit!” Unfortunately, it’s not quite that simple. If we took a quick look at the Google Play Store, we would find around 2.67 million apps (as of July 1, 2022). The app stores are not large – they are huge! More and more apps are conquering the market and it is becoming increasingly difficult to stand out from the competition. So, how can you get users to download your app onto their devices? And then use it for as long as possible?

In retail, this question is particularly important because the possibilities of an app are almost limitless – lead generation, customer loyalty, sales activation – if used correctly, an app can work wonders for all of this. This stands for both e-commerce and brick-and-mortar retail.

So how can you manage to convince customers of the value of your app, and even better, inspire them to act? It’s clear that there’s no magic formula for this. Otherwise, everyone would have 2.67 million apps on their cell phones and use them constantly. No one would have any time left over!

Meeting Your Marketing Goals through Play

We at Brame are convinced that gamification is one of the most effective methods for customer engagement and retention. We can back this up with impressive figures. But we’ll get to that later. First of all, what can gamification do that other methods cannot? The answer is – reward. To get customers to spend their time with the brand and even enter their personal information, they should be offered something in return. The experience of playing games and the prospect of winning does just that. The marketing objectives – including lead generation – are incorporated in a playful way.

Why Gamification Works So Easily

Basically, gamification has been with us since childhood: learning through play is already applied in daycare and continued in school through point systems and rewards. Later in our jobs, too, elements of gamification are incorporated, for example in the form of bonus systems. Why? Quite simply: it is simply more fun and increases both the incentive and efficiency.

The Scientific Side of Gamification

There is a scientific explanation why gaming and gamification are so irresistible. In this article in the Wall Street Journal, the author refers to a 1998 study by Matthias Kopp, a professor of neurology at the Queen Square Institute of Neurology at University College London. The study in question confirms that gaming releases dopamine in the adult gamer’s brain. And it gets better: the longer the game lasts and the trickier the challenge, the more dopamine is released.

Dopamine is known as the “bringer of joy.” It controls our emotional, mental, and motor reactions and is responsible for letting us experience the feelings of happiness. As such, it’s a real godsend for app gamification. The users aren’t just happy – the more they engage with the app and the game, the happier they will become. Of course, you shouldn’t overdo it either.

SPAR’s management approached Brame with the task of generating more registrations for their loyalty program “SPAR Friends” in Switzerland. Brame developed an online memory game for customers, with a total of 50 SPAR “Päcklis” to be won. The “Päcklis” were very valuable, as each was a full shopping basket. During the course of the game, the benefits of using the app, joining the loyalty program and receiving the newsletter were pointed out. Within 14 days, the site had 7500 visitors of which 5600 played the game to the end. 93% of all visitors started the game and actively engaged with the topic. A total of 2950 leads were generated, 51% of which were verified via double opt-in. These contacts proved invaluable to SPAR, as they could be followed up in remarketing efforts. Finally, with the boost in the number of downloads came the rise of loyalty program registrations, with the SPAR Friends club gaining almost 500 new members. All of this was achieved within the course of just 14 days. The engagement time is also remarkable: on average, each player spent 110 seconds on the game page, actively interacting with the brand. No online banner, no ad and no TV spot can achieve anything like that.

The potential of gamification was proven in another case, this time a top retailer in the European food sector. Here, too, we pursued several goals by integrating a “Spin the Wheel” game into the app.

Every user was allowed to spin the wheel once a day. Loyalty card holders were given an added benefit of playing twice a day. This proved to be an effective incentive to push users to register for the loyalty card. Attractive instant prizes, which were distributed daily, increased the desirability of the competition. Through the use of a prize management system and the distribution of unique barcodes, it was possible for the winners to collect the prizes from a nearby store within 5 days of winning. While they were at the store to claim the prize, most customers made additional purchases.

Gamification offers retailers a whole host of powerful benefits: more app installations, longer app engagement, generation of important customer data, higher customer loyalty through linking to newsletters or loyalty programs, increased brand awareness through the attractiveness of the games and, of course, more sales power through discounts, coupons and cross-selling. With gamification, it’s easy to bridge the gap between the digital world and brick-and-mortar retail. There are practically no limits to using it to enrich your app marketing. Are you ready for the next step in your app marketing? 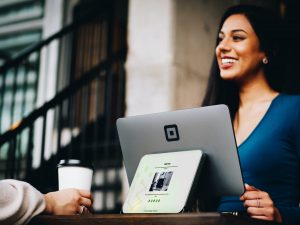 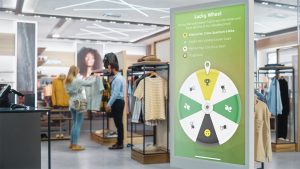 How Gamification Boosts Your App Marketing in Retail 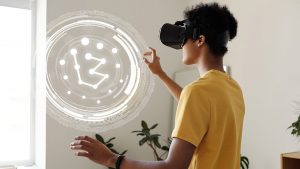 Is Gamification the Future of Metaverse Marketing?